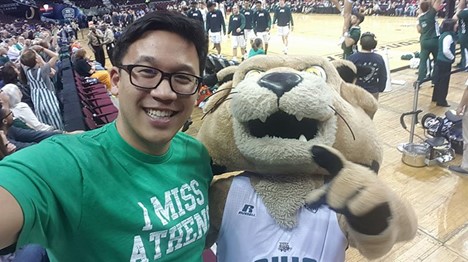 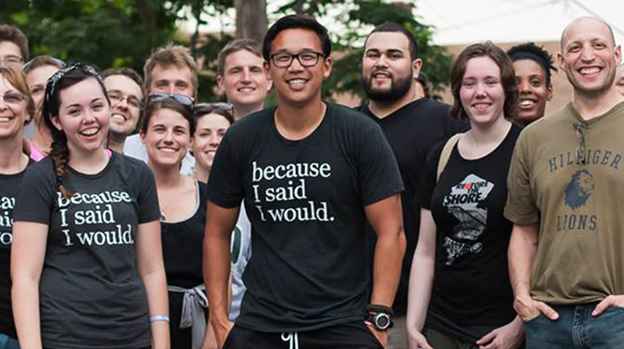 Alex Sheen is a four-time TEDx speaker and the Founder of because I said I would, an international social movement and nonprofit dedicated to the betterment of humanity through promises made and kept. Sparked by a tragedy in his life, Alex created a concept called the Promise Card and began mailing cards to anyone who requested them at no cost. Since 2012, over 11 MILLION Promise Cards have been distributed to over 153 countries. In 2013, Alex left his Corporate Strategy Lead position at a leading software company to dedicate himself entirely to the nonprofit.

Alex is the author of the January, 2019 released "because I said I would."

Alex's unique perspective on accountability, commitment and self-control developed both from his responsibilities in leading a global effort about keeping promises and his personal experience fulfilling his own promises.

Alex's personal promises include: Walking 245 miles across the entire state of Ohio in under 10 days to fulfill a promise to the three Cleveland women who were held captive for 10 years. Volunteering at 52 different nonprofit organizations in a single year. Promising children with cancer trips to Disneyland and personally delivering 100 tickets.

Alex's work has been featured on CNN, ABC World News with Diane Sawyer, TODAY Show, Good Morning America, NPR, Fox News, Los Angeles Times, CBS Nightly News and many other programs. He has been featured on the cover of Spirit Magazine and honored as a Steve Harvey "Harvey's Hero".

Alex's efforts in social media have been featured in BuzzFeed's annual "Most Important Viral Videos" and his viral posts have made the #1 spot on the front page of Reddit.com over 10 times.

As a nationally respected thought-leader who has been featured at multiple TEDx conferences, Alex has spoken at over 527 events since 2013.

To learn more about Mr. Sheen, see the video  https://www.leadingauthorities.com/speakers/video/alex-sheen-founder-because-i-said-i-would